Money has been paid to several guides and seedy visa authentication personnel.

I purchased a mini bus ticket to Kisangani, it leaves tomorrow at 6am.

To prepare for the four day journey I bought 3 cans of sardines, a tube of BBQ Pringles and a very expired white Twix chocolate bar.

A funny thing happened while I was in the supermarket browsing Arabian chocolate. Two UN peace keepers in full beige military fatigues including automatic rifle and blue war helmet walked past me in the candy isle.

Me in my daisy duke jean shorts and Adventure Time T-shirt, them, ready to get some.

All I could say was “Wa gwaan” in the name of King Haile Selassie the 1st.

What a fucking weird interaction…

Bill gates sleeping on the floor of a soup kitchen in Michigan, weird. 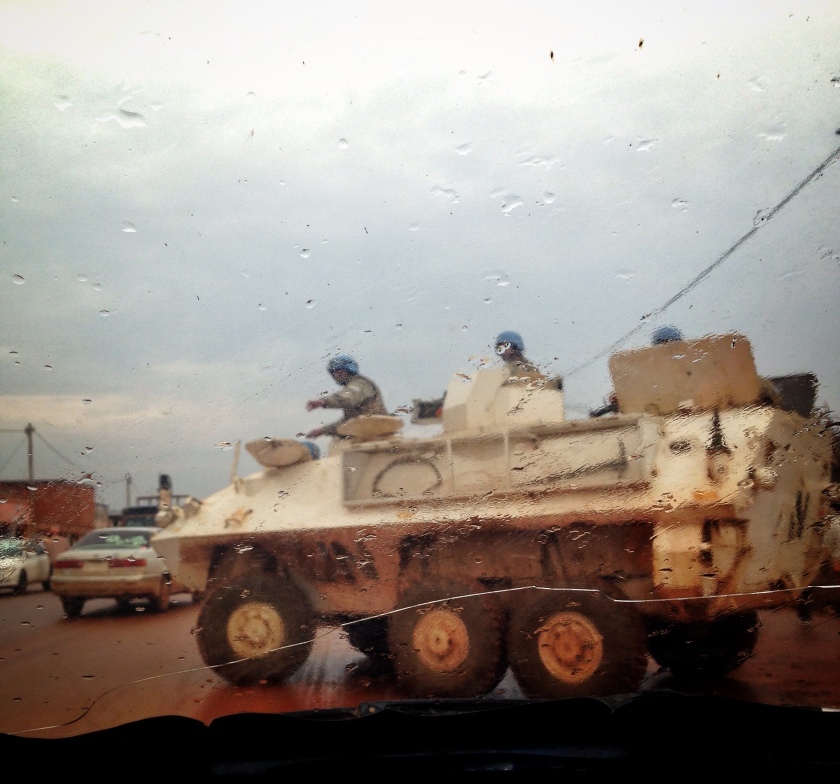 I bought a hash pipe from my favourite craft shop here in Goma.

Because I intend on smoking large orbs of black Moroccan hashish in Merrikhsh in January, to celebrate my completion of the West African trade route.

Aladdin had his Carpet.

Jimi had his electric guitar.

Now I have a hand shaped hash pipe.