The road to Kisangani from Butembo is bad. I’ll put it like that.

And I’ve driven through Revelstoke.

He drove the shit out of that Toyota. He literally had to have a roadside tribe of Batwa (Pygmy) fix the breaks under a straw thatched boma. 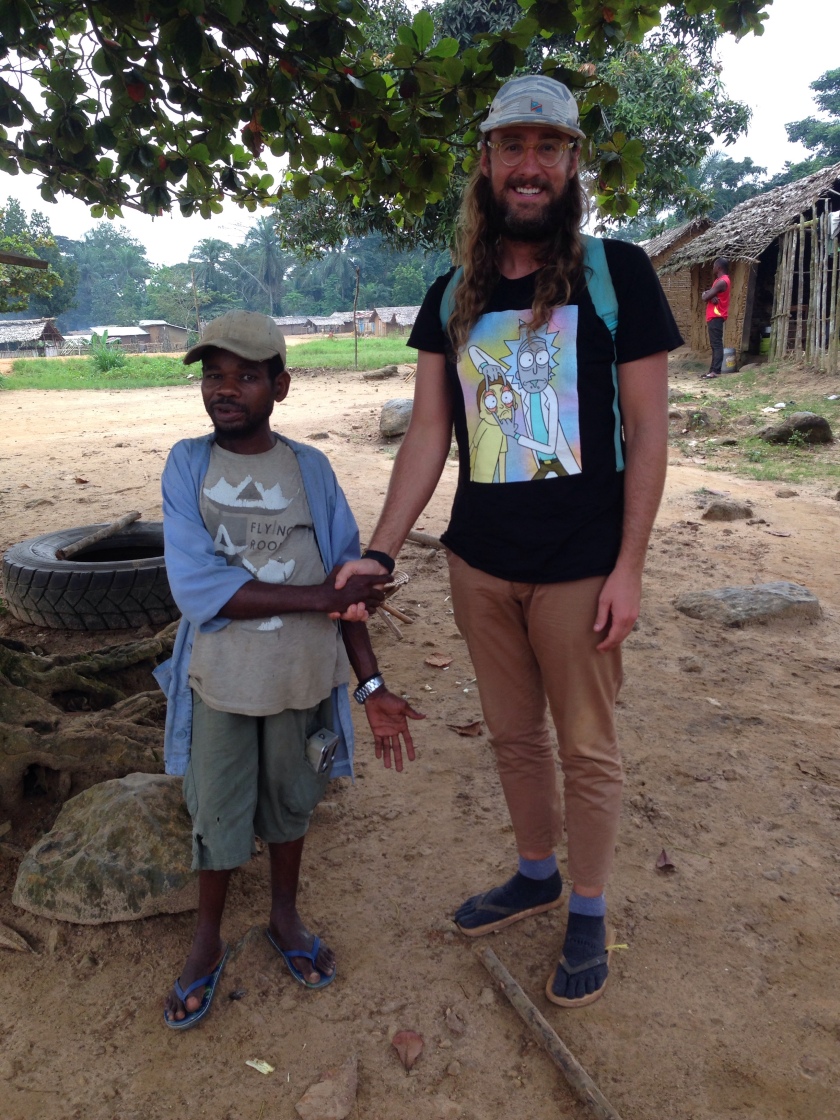 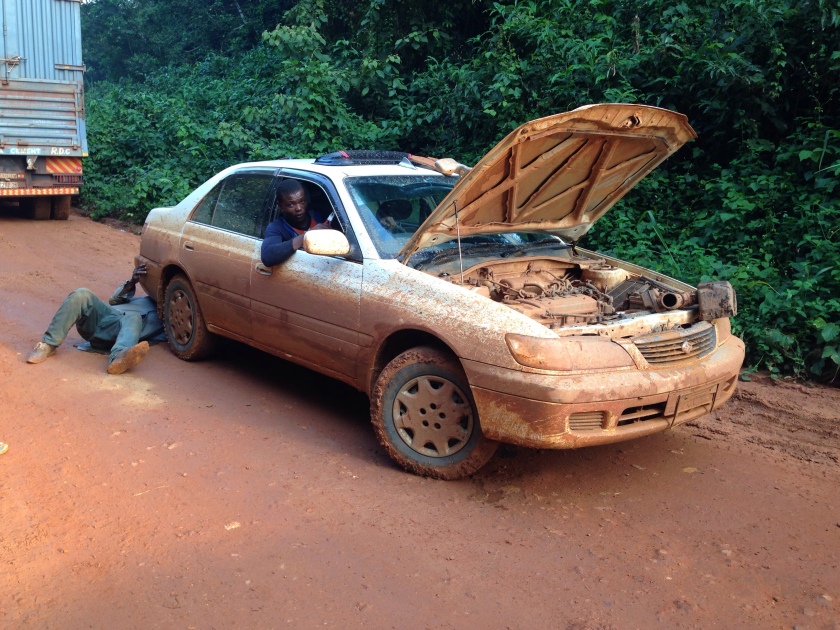 After an hour of repair we were back driving ridiculously fast through the jungle.

After aggressively navigating through three serious accidents on the narrow road, we were in Nia-Nia.

We left that morning at 7am, it was now 9pm.

Was it the non stop Congo pop music blasting through the speakers? Was it the lack of real food? Or sleep? The dust? Or having all the muscles in my body constantly flexed in anticipation for an inevitable head-on collision with a truck, child or cow, that gave me a skull splitting headache?

I can’t say for sure.

Perhaps it was the guilt of running over a goat and three chickens.

All said, I rarely drop rank on people, especially here. I tend to go with the flow and remain casual about timelines and comfort.

I was in a foul mood.

I was adamant that the driver drop me off at a bed, any bed. but he, being the dickhead he is, refused. The car was being repaired and once it was, we were leaving immediately (night rally) to Kisangani.

I walked to the pharmacy bought 38 cents worth of Paracetamol and sulkily curled up with my bag in the backseat, deliriously mumble laughing at how I was going to fuck up the chauffeurs trip advisor rating.

The only leverage I have in Congo is Trip advisor.

The two men sharing the backseat with me, both wearing anonymous surgical masks, were no doubt also annoyed, but seemed far from my level, the level of trip advisor apocalypse.

I woke up behind a semi. Apparently there had been an accident, a hundred vehicles were in a slow queue trying to escape through the worst of it.

That Toyota did things I never thought a car could do.

After eight hours of being shook and stirred and bounced and braked and accelerated and, and, and …it was time.

I gave the driver a courteous tap on the shoulder and said “I’m gonna go”.

He looked at me for far too long for someone driving that fast.

I put my head out the window and emptied everything I had into the dust stoked air around me.

Puke all over the car.

But then, with the help of Cat Stevens I felt strangely better.

The guy beside me wearing the surgical mask, put up his hood and tightened it so that all that could be seen was his square blue mask.

He must think I have Ebola, I thought.

It was a hard fought battle to get to Kisingani by road.

To celebrate I went to the bank.

I, after all, had thirsty men to pay.

After being refused to withdraw money (that I was debited for anyway) I sat in the backseat of the tired Toyota, racking my brain for solutions.

That’s when the icing arrived.

A small, dirty, balding woman floated up from my open window like a zombie genie, she was gesturing that she was hungry or that she liked Paul Mitchells patio lanterns… I’m not sure.

I refused her with less enthusiasm than normal.

So she threw her food at me.

In my long dirty hair.

And none of the ATMs are working.

I’m in the heart of Congo, and I got here by road.

Now, I must see a captain about a boat.