Remember to bring 1 Bangui cigarette to the squad around the block from your car house.

Give the old woman with the baby who sleeps beside the motorcycle on the wet foam your knife.

You gave Marie your Pelican flash light, even though she wanted food.

Tomorrow bring her some spaghetti?

Give 1/5 personal invitation(s) to Canada, to Blanco

Give 2/5 personal invitations to, Celeste

Give 3/5 personal invitations to, Jean Luc

Give 4/5 personal invitations to, homey with the beard. 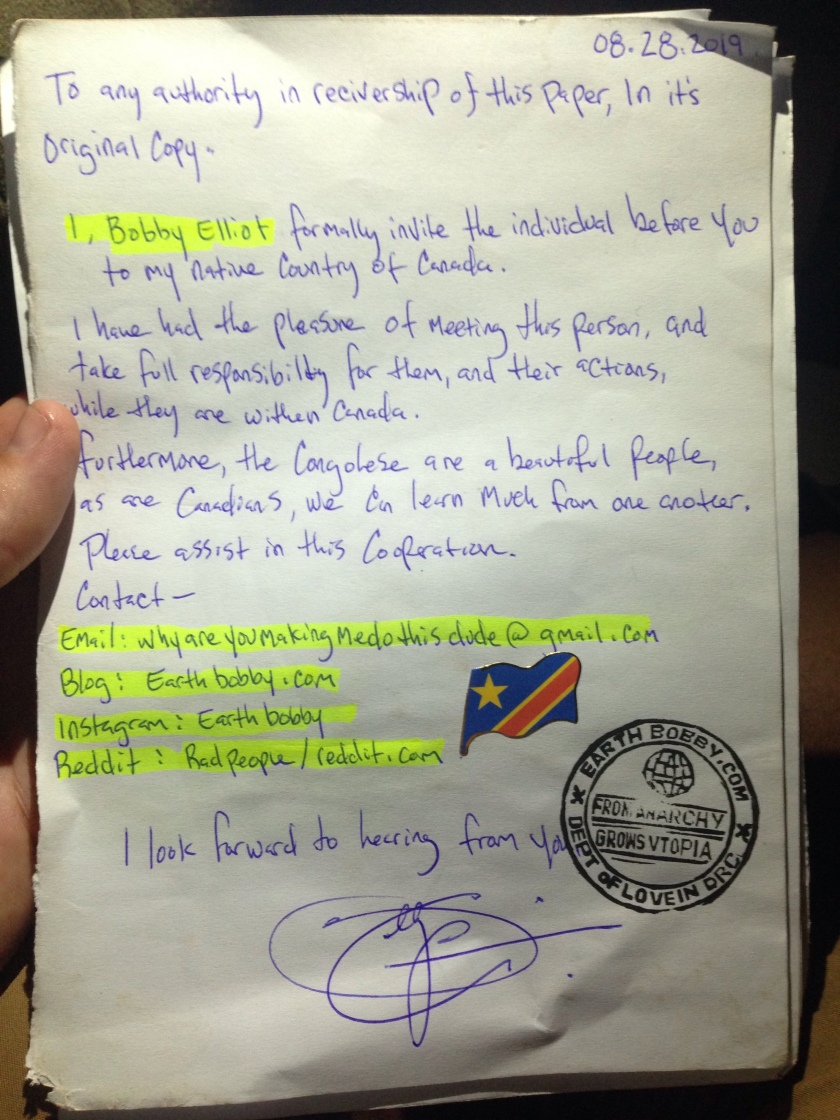 I promised someone else water (bring 2 bottles)

Bring the guy who wears the Slayer “Do you want to die” t-shirt some chips.

Bring your Batteries and Sand paper.

Today has been the funnest day of my adult life.

…it’s potentially been the funnest day of my whole life, but shit! I still remember getting the original Nintendo for Christmas when I was 10 or so, and that was a pretty good day…

…or the Day Jenna and I went to the Sylvan Lake water slides before the park shut down permanently.

The time my Dad and I saw Bob Dylan in Lethbridge.

SO MANY MEMORIES. wow.

Sitting here watching the sun dance ever so slowly into orange oblivion seems to refresh them, giving me new perspectives on old experiences.

Look, there’s a thing with our culture.

We love taking photos and videos, but are incredibly insecure about being filmed or videoed (that word is getting progressively more antiquated).

I can’t speak for others but, if I bust out my camera in a crowded place I instantly feel like I’m making someone uncomfortable.

That feeling makes me uncomfortable.

So it goes. Ask permission.

Jimmy kimmel however, taught me that even if you give permission, (in the business they call it a release form.) your interview can be manipulated to secure a manufactured narrative.

Here’s the link to the video. 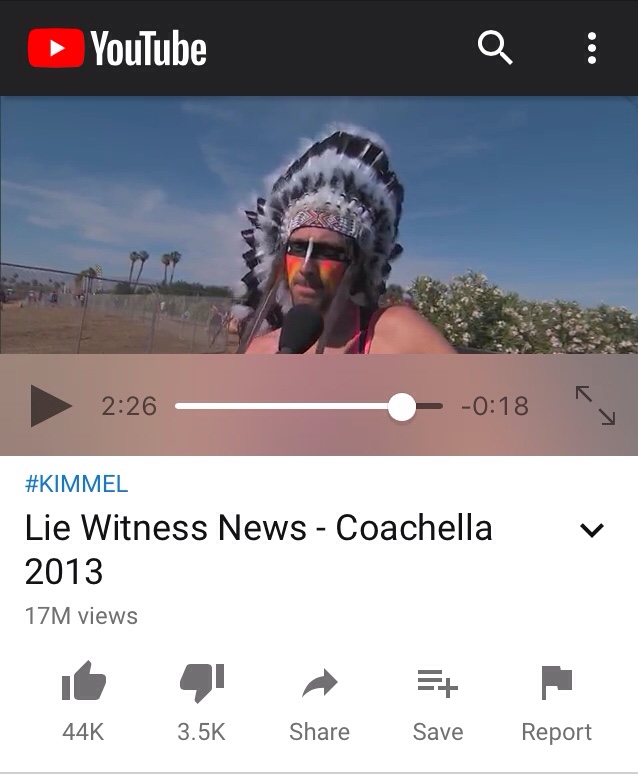 By the way Jimmy, I want a copy of the REAL interview.

My position on cultural appropriation is valid, and the way you decided to portray me was not just a misrepresentation, but an offence to me.

The fact is I was never asked that question, so I couldn’t protect myself with my position.

So now, even signing a release or giving permission makes me uncomfortable.

Because I was burned by Shitty Jimmy Kimmel.

Unfortunately, I brought some of that sensitivity with me to Africa, in that, I feel uncomfortable recording people because I think they think, I’m gonna pull a shitty Jimmy.

Real interview with an African:

“Hey I really like your culture, can I ask you a question?”

Looking around skeptically “sure”

Do you love being Congolese?

He answers with unconditional enthusiasm. YES!

The same interview after applying the shitty Jimmy filter.

“Hey I really like your culture, can I ask you a question?”

Looking around skeptically “sure”

Are you a piece of shit that beats his wife and lives like a dumb monkey?

No wonder people are skeptical. No.

Yesterday I wanted to film myself walking to my car house from the boat, through the barge.

I wanted to make a memory.

I asked a translator to come with me beforehand so I could ask several very large groups of people for their permission.

After all, I would be walking through their kitchens, bedrooms and bathrooms.

I need to get deeper here.

From the age of 8 until I was 15 my family, meaning my mother and sisters, were on Welfare.

(My dad, whom I love immensely, was living in a different province and unable to fully support a family living on the opposite side of a very big country.

That said, he is and was, always there for me. Always.

Being poor is embarrassing. It’s the perfect silver bullet for any bully intending to publicly execute you via a secrets revealed mortification.

Wearing cheap clothes or not having school lunchs are both obvious clues, you’re not a child of means.

Friends who aren’t on welfare couldn’t understand that:

You don’t have a lot of food.

You don’t have lots of toys or games.

You only have one TV.

So they would rarely, if ever, be invited to my duplex.

Adorned with Christmas decorations in July.

But more than that. Once people know where you’re from, your economic origin so to speak, you can’t fake middle class at school.

Someone who comes into your house and sees your sister rolling cigarettes for your mom, has looked behind the curtain and seen the wizard.

You can’t fake it after a classmate sees you at an IGA grocery store cashing your moms welfare cheque.

So you live with a sense of protective paranoia.

The joke was that because lots of people in my community growing up were on welfare, (or government assistance) that on pay day (the end of the month) EVERYONE would either be buying grocerys, at the pub, at the liquor store, or playing VLT machines or Bingo

After a few days… we were all poor again.

Watching a TV with a screen that would turn red after it got hot.

Walking home with bags of groceries in the snow, because we never owned a car.

Seeing the police at your neighbors all the time.

To be a welfare bum.

To be called a welfare bum.

If some uppity asshole came through my child hood blue duplex with a video camera, I’d be devastated.

Not because of the shitty Jimmy suspicion, but because I don’t want YOU to know I don’t have nice things.

Let alone, whoever your going to show the footage to.

Now if someone, say a long haired bearded weirdo came to my house and said, hey I’m on my way home, and I want to record my path. Your house will be in my video, but I’m not recording it to make fun of you, your mom or sisters.

I live right behind your duplex and want to record how I get home everyday.

If it’s not cool, I’ll just point the camera down as I walk by, YOU HAVE A CHOICE.

13 year old Bobby, the kid who could draw how sick he was so his mom would let him stay home from school. Would more than likely ask him if he could help or watch him film.

So yesterday when I filmed my route, everyone expected me.

And they were all lovely.

I think a majority of people I interact with on the barge like me because I’m approchable and friendly, once approached.

I had to be poor to unlock that ability.

It’s your relationship with these feelings that you project onto people in situations you’re familiar with.

I’m not saying be poor.

Don’t be a Shitty Jimmy.