I arrived in Limbe, a port town north of Douala, near the very small town of Ideaneau, where on the following day, I would hire a boat to take me to Nigeria.

I will admit to you that I felt empty.

Spiritually, I was at odds.

My passion to complete my quest, flickering.

I felt like a grad student about to cut off his ponytail.

And work for his dad.

“Hi my name is Jason, are you are you prepared financially, for retirement?

I found myself laying in front of a beautiful pool in Limbe, listing to children play in the water, while watching a distant storm swallow a particularly enchanting sunset.

To the soundtrack of my deep breathing.

Eventually one of the small boys stood over me.

“Come play with me and my brother” he insisted.

“Why?” He asked suspiciously.

“I have a stomach ache because I drank too much pop with my dinner.”

He nodded, as if my affliction was common place.

I did have a stomach ache.

Why am I drinking two large sodas with dinner?

But the reason I didn’t want to play was more news related.

A few days before, a boat, attempting the exact same task I was planning for the following day, capsized, killing a man.

I couldn’t illustrate to a child that my fuddy duddy demeanor was due to the morbid considerations, that I was subjecting myself to danger, again.

It’s this again, that has me locked in a state of macabre, as of late.

I fully understood that my getting to Morocco from Ethiopia would be difficult.

Its actually because of this difficulty, that I’m here.

This is not a holiday for me.

Nor is it a relaxing get away.

Despite some assertions to the contrary.

This is a test.

As of now, it’s a test I’m barely passing, true to form.

I am sunk here.

Wading in the fray, to my brow.

Moving forward from today, the likely hood of my survival is converting to a percentage that I’m hesitant to acknowledge, much less accept.

I could die here.

It’s precisely because of this risk that I feel euphoric when I don’t.

But now, on the cusp of Nigeria.

I was not focused.

I was something else entirely.

At 5 am I walked to a nearby taxi park.

After introducing myself to the strangers in the shadows.

One offered to drive me to Idenau for seven thousand francs.

Anticipating where I was headed by reputation alone, I took special care to appreciate the sun rising behind Mt Cameroon.

It was a beautiful drive.

Once I arrived, the small domestic inlet port was teeming with action.

And, lots of desperate people.

The Idenau port, as was explained to me by the man negotiating my passage with the local police, was more crowded than usual because of the war unfolding not far north from Idenau.

A war between sovereign minded anglophones and, well, Cameroons military.

“People are dying there everyday” he said.

Making the land border of Ekok far too likely for violence.

Not toward me specifically, per se.

I took a single picture of the Idenau port.

Worried my camera would be confiscated.

It felt like everyone was doing something illegal and my presence there was shining a light on it.

Once I boarded the boat, I clandestinely took this photo.

If you look really close, you can see satan laughing at me.

Soon I would be wearing an over inflated bicycle tire, at the instructive pantomime of a very concerned, decorated onlooker.

Initially, I found the tube to be aggressively uncomfortable, but after two hours of being rhythmically bounced off the glassy sea, I relaxed enough to lay down.

The sound of a chainsaw being put into water, directly behind me seemed to fade.

Add a warm rising sun to that order and I was one Tyco song away from falling asleep.

That was until the boat slowed and coasted sideways toward my first Nigerian gun ship.

At the helm of this particular gun ship was a machine gun on a tripod, fortified by a large steel shield with a rectangular groove cut into the center.

Meant to protect the operator of the gun from, what I can only assume would be similar looking arsenal.

They demanded money from my quiet, seemingly complacent captain.

Then they focused on me.

I got the inferred bribe package.

Inferred!? What kind of gun ship pirates are you?

“Nothing for me?” The guy with the Men In Black Ray Bans asked,

“No gifts?” The shirtless leader added.

“Ahhhhhehhhhh?” I sounded off awkwardly.

“Give me your passport!” Agent J. yelled.

“Ah, you’re the police” I said, laying on a bag of rice wearing a bicycle tube.

The shirtless gun touting tribe, standing around a nearly empty green whisky bottle at ten in the morning, were in fact, Nigerian police.

We passed through three such “check points”

The bribes the captain was paying to transport this rice, were getting noticeably bigger.

When once he was complacent, he was now objection laced.

From Dalhi Lama reticent to a Che Guevara resolve, all in under twenty painful minutes.

There was a moment of brief yelling during what would be the last shake down.

It was here, after three hours on the sea that the Nigerian pirate police told me to get off the boat, that my boat was being confiscated because the captain refused to pay dash (bribe).

Hello, my name’s Bobby, I’m being used as leverage by a Nigerian gun ship to extort money from a poor fisherman.

He looked more upset than angry.

Like “The fuck am I doing this for, I could still go to law school”.

I climbed back abord my boat.

No laughs to be found here, just a bitter old man and odd looking white dude filming everything.

When he dropped me off at Oron. I asked him “how much did you make after all those bribes?”

Then he politely motioned for me to get off his boat.

Reminding me, it would be impolite to visit a chemo therapy clinic and ask the people there, “How much cancer do you have?

Sometimes my curiosity will have to go hungry, I accepted.

Into the eager clutches of a waiting Nigerian authority, I went.

Despite the Nigerian gun ship preamble, the immigration personnel in Oron were polite, courteous and mainly confused.

“This is dangerous” they reminded me.

“People can snatch you” he said.

Then he held up both hands, palms out and closed them into fists dramatically.

“Well I’m here bro! And the only shady biz I saw on the ocean was from drunk cops” I thought, while pretending to be shocked at the news.

“Really!?” I said, like someone just told me wrestling was fake.

After I received an entry stamp, I was told that to get to Calabar, Nigerias second largest city, next of course, to the behemoth that is Lagos, I had to take another boat.

Within an hour I was sitting in another, similar looking boat, with twenty others.

I felt uneasy as the preacher got on board prior to departure and began a dramatic exorcism of the small boats demons and various other maleficent juju, barnacled to the Yamaha rudder.

He planted a fear seed so deep in the mind of one woman, that she begged the captain to take her and her small son back to Oron, ten minuties after we left.

No tip for that preacher.

Unless of course, he can get the pope to sign my Lamborghini. 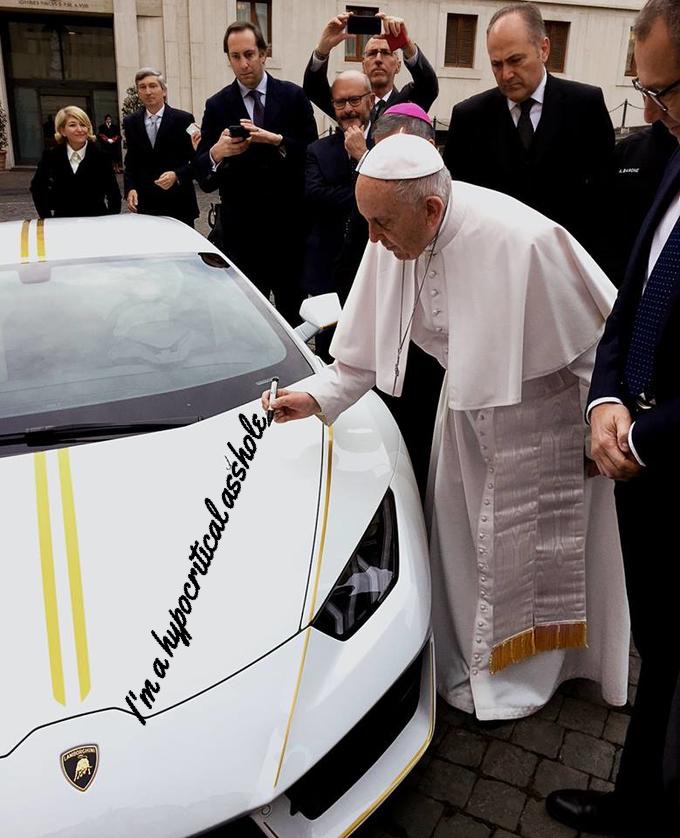 Seriously, what was this guy thinking!?

If you or someone you know can’t read and you’re curious how I’m doing here, in mama Africa?

This Video should do the trick.

But bro, learn to read, there’s no excuse for illiteracy in 2019.